3 Ways to Tell That You’ve Been Hacked - HUB Blog

3 Ways to Tell That You’ve Been Hacked

There are many different types of hacking attacks, but those targeting your computer can either be incredibly intrusive or so low-profile that you don’t even know you’ve been infected until it’s too late to do anything about it. Let’s discuss some of the telltale signs of a hack and what you should look for to prevent or identify them.

You should have a baseline level of expectation for your business’ network traffic, as well as the devices interacting with it, be they handheld smartphones, connected endpoints like desktops, or other mobile devices. Keeping an eye on your network’s traffic patterns and levels can be a good indicator of its health. If something is off, then you know something is wrong. For example, hackers can install backdoors on your network to give them access at a later date. They can then use that backdoor for whatever foul deeds they want to pursue.

You may also start to notice that there are operational issues with your business’ technology. A slowdown is not necessarily a sign that you have been hacked, but it is a surefire way of knowing that something is not well and should be looked into further. One of the more common ways slowdown occurs is through a hacked device on your network, so be sure to keep a close watch on your computer’s performance.

Pop-ups and Other Annoyances

One of the most obvious signs of a hacking attack is the obtrusive and disturbing ads that can be caused by malware and other types of threats. Malware can install ads that contain malicious links and cause other issues. Plus, some malware can install files, delete files, move them around, and create other problems for you and others within your business.

In other words, threats aren’t just going to blast you with adware—they could be hiding in plain sight, making slight adjustments to your files or stealing your information over long periods of time. You need to keep an eye out for these inconsistencies if you plan on doing anything about them.

These signs could all be caused by issues other than malware and cybersecurity threats, but in general, it is a best practice to report any inconsistencies to IT so they can be addressed properly. Even if they are not caused by online threats, you will be glad you have addressed them, as finding problems early before they have time to cause too much damage is critical to your organization’s longevity.

Facebook Twitter LinkedIn
Tags:
Hackers Computer Malware
Monitoring Your Network Traffic Can Help Your Busi...
What to Do If Your Network is Hijacked by Ransomwa...

Tip of the Week: 3 Ways to Get Windows 10 to Boot Faster

Has Malware Made a Home in Your Router? 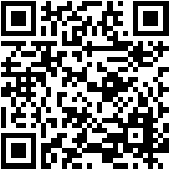 20 May 2022
Innovation in the Workplace Doesn’t Have to Be an Annoyance for Your Team
We frequently discuss how the solutions we offer can make business processes and procedures more effective, but in doing so, we’ve frequently overlooked how the implementation of these solutions—especially in terms of your digital transformation—have...
Read More
20 May 2022
Save Time and Money with Workflow Automation
How often do your employees find themselves stuck in repetitive task loops that not only kill their productivity, but also their motivation? Depending on the task at hand, it might be more often than you, and especially more often than they, would pr...
Read More
20 May 2022
Focus on Building Your Remote Management for the Best Hybrid Experience
It doesn’t really matter what your stance is on remote work, as it has become quite clear that it is one of the aspects left over from the ongoing pandemic that is unlikely to go anywhere anytime soon. Despite these new developments, however, employe...
Read More