A Brief Overview of Network Security

The reliance the modern business has on its IT cannot be understated. As a result, to keep their computing network and infrastructure running efficiently, companies need to have a network and cybersecurity policy in place. With the development and use of organizational computer networks with multiple endpoints, understanding the basics of network security is helpful when implementing and employing network security systems. Today, we take a look at the parts of your network, their functions, and what you need to do to protect them.

Network Hardware Your business’ computing network consists of, at the very least, two connected machines set up to share resources. Most of the time, a business network consists of centralized computers called servers, and endpoints called workstations. Major networking components (working backward from the endpoint) include, network switches (that allow multiple workstations to be connected in packets); a router (that allows for wired or wireless connection to the network); and the modem (that connects the network to the Internet). On your network can be all types of other accessories (printers, scanners, copiers, and more).

Today, wireless networks have been deployed to provide additional mobility. In this case the router, which would have to have Wi-Fi capabilities, allows mobile endpoints (laptops, smartphones, tablets, and IoT devices) to connect to, and share the files on, an organization’s network. This promotes mobility by allowing the sharing and use of files without being physically connected to the network.

Network Protocol The network protocol is a set of rules that work to control communications between devices connected to the same network. They make connections and set rules for data packaging for both sent and received messages. Popular protocols include:

There are many more, and every protocol is basically the building blocks of a deliberate interaction. Each protocol works to connect one part of a computer to another. Much like a bank has procedures in place to help keep your money safe, protocols are the procedures at work to keep your data safe.

With so many moving parts every time you send and receive information over the Internet (and within your own Intranet), you can see how difficult it is to keep the network free from threats. Now that you’ve got a small introduction to what each layer in your TCP/IP-run command does, we can now look at the vulnerabilities (and fixes).

Vulnerabilities The main security problem with any type of network is the dreaded “unauthorized user”. An attacker can connect through an unsecure hub/switch port. As a result, wireless networks traditionally are considered less secure than wired networks, as they can be accessed without a physical connection. Once in, a nefarious actor can steal valuable information, deny service to legitimate users, or spoof the physical identity of the network to steal more data. Here are a few TCP/IP vulnerabilities:

What to Do About It Once the “bad” data has been sent to you there is very little you can do. That’s why we tell everyone that they need to be proactive about securing their IT. At HUB, we can help you meticulously maintain your software, monitor your files, permissions, and access, and deploy today’s strongest network and cybersecurity strategies to keep threats from hampering your business. For more information, contact us today at 204-772-8822.

Could You Identify a Social Engineering Attack? 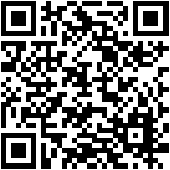 28 January 2021
Good Communication Is a Key to Good Business
People are known to consider good communication as the foundation to forging and maintaining successful relationships. For businesses, this couldn’t be more true. Solid communications both in the operations of a business and with its customers can se...
Read More
26 January 2021
Cybercrime (And Lightning) Have No Problem Striking Twice
We’ve become aware of a concerning phenomenon: the perception that a business that has already been targeted by a cyberattack, won’t be attacked again. We here to tell you that this is decidedly not the case—in fact, according to cybersecurity soluti...
Read More
25 January 2021
Tip of the Week: What to Do if Your Smartphone Goes Missing
Uh oh—your mobile device is missing. If you ever find yourself in this situation, time is of the essence… particularly if you have reason to believe that your device was stolen. To help prevent things from getting messy, we’ve put together a checklis...
Read More