A Close Examination of Cyberterrorism

Unfortunately, we’ve all been exposed to terrorism in one way or another. To avoid any confusion, when we reference terrorism, we’re talking about situations that arise where individuals or groups commit overtly evil acts to deliberately intimidate people. Cyberterrorism is doing the same thing through coordinated attacks on computing networks. Today, we take a look at cyberterrorism and how it is different from other cybercrime.

FBI Definition
The accepted FBI definition of cyberterrorism was offered by now retired Special Agent Mark Pollitt. As a member of the Computer Analysis Response Team (CART), he was on the front lines when cyberthreats began to inundate networks, and defined cyberterrorism as “...the premeditated, politically motivated attack against information, computer systems, computer programs, and data which result in violence against noncombatant targets by sub national groups or clandestine agents.”

The difference between cyberterrorism, and what we typically refer to as cybercrime, is based firmly on intent. For this reason, cyberterrorism has the distinction separate from other cybercrime that it causes physical harm to a person or infrastructure to advance an attacker’s socio-political agenda.

How Attacks Are Carried Out
Think of all the ways that cybercriminals can infiltrate computer networks. Every one of those is open and available to cyber terrorists. They use the most familiar types of attacks, but they aim them at places where it will produce the most chaos. Instead of focusing on direct monetary gain, a cyber terrorist will direct his/her attention to a construct that, if broken, would cause mass panic like power or traffic grids.

Groups of cyber terrorists will disrupt, or sabotage websites and other Internet-based resources owned by organizations that are in active opposition to their views. They also often make coordinated attempts to tamper with military technology and, as mentioned before, public infrastructure, with the idea to terrorize the people on the other end of the system.

Protection
Since these black hat groups tend to use the same means as would your typical hacker, the strategies to stop them are very similar. Use the defenses you have available, whether they be hardware, software solutions, or behaviors designed to mitigate your exposure to these types of risks.

Our security experts can help keep unwanted entities out of your network and keep your business running productively. For more information, contact us today at 204-772-8822.

More posts from author
Tuesday, March 30, 2021 How Mobile Has Taken Over Almost Every Business
Saturday, March 27, 2021 IT Lessons from NASA’s Mars Rover Program
Thursday, March 25, 2021 If You Aren’t Patching Your Systems, Breaches are On You

When it Comes to Security, Two Factors are Better Than One 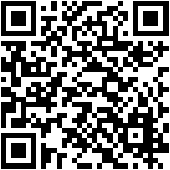