Flash Player is going to be going out of support, the 24-year-old software being retired at the end of this year. That's a pretty big deal: Flash Player, at least initially, was a solution that most users have used at one time or another. What will this loss mean for your business’ processes?

Hopefully, Not Much at All

Flash hasn’t been the most reliable solution out there lately and has even caused a few difficulties. However, the actions taken by Adobe have made Flash Player a thing of the past.

Adobe has pulled the plug, and Microsoft and Apple alike have also taken steps to distance themselves from Flash by removing it from many Internet browsers, as well as from their mobile operating systems and devices.

You probably haven't used Flash Player for some time, but that doesn't mean you don’t still have it installed. We would like to remind you to remove it from your system before it contributes to significant security risks.

A system that has the solution installed has active security vulnerabilities that could be exploited by cybercriminals to their advantage. As a result, it could soon and easily be used as a means of attacking employees. Whenever a software solution of this kind is no longer supported, it does not receive any security updates of any kind. This not only enables cybercriminals to take advantage of the lacking security in the software itself, but it also opens up the possibility of cybercriminals posing as Adobe and offer to “update” the solution further, if only to gain access to your infrastructure.

Keep in mind, if you have older software that uses Adobe Flash (as a lot of software from the late 90’s and early 2000s sometimes did), it might not work as intended moving forward. There isn’t much anybody can do for you—it’s just time to update to modern software as this nearly 30-year-old technology is going away.

To avoid this, it is crucial to fully update all solutions in your company's infrastructure and, when the time comes, to remove unused or unsafe ones. Make sure your entire IT environment is optimized and secured so you can work productively with your team without worrying about the reliability of your tools.

HUB Technology Solutions is here to help you with that. Our managed IT services can assist you in optimizing your business’ technology, including its security. Give us a call at 204-772-8822 or 1-833-847-0725 to learn more.

Facebook Twitter LinkedIn
Tags:
End of Support IT Support Software
Microsoft Teams is perfect for video calls
COVID Scams to Watch out for at work and home

You Need to Have Your Software Licenses in Check

You Have to Patch Your Software

Windows 10’s Over 70% Market Share is Still Too Low

Why You Shouldn't Ask Just Anyone for Tech Advice

Why Managed Services Are a Great Option for Small Businesses 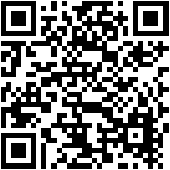 13 January 2021
Let’s Take a Look at a Few 2021 Business Trends
With nearly everyone facing a recession in 2021, businesses are going to be looking to technology to keep their businesses afloat. The COVID-19 pandemic made businesses shift their priorities in 2020 and as the pandemic enters year two, these strateg...
Read More
12 January 2021
Do a Better Job of Managing Your Support Costs
Your IT budget might be a mess or it might be on point, but regardless of where you are on that front, you’ll come to face some situations that could be handled better. Today, you can optimize some of the most egregious financial requirements your bu...
Read More
08 January 2021
Tip of the Week: 2 Things You Need to Know to Properly Set Up Your Wi-Fi
People are constantly using Wi-Fi. In fact, a high percentage of people admit to using public Wi-Fi connections, which consequently is one of the most common ways to get data stolen or devices inundated with malware. With so many people depending on ...
Read More