BaaS Lets You Take Decentralization for a Test Drive

The latest example of this has been blockchain technology. The practical uses for blockchain in the business environment are varied and wide-reaching, but practically-minded business owners have to be hesitant to fully commit to deploying it without some point of reference into how it will benefit their operations.

This makes a lot of sense, especially when some numbers are taken into consideration. Blockchain is still new enough for many organizations to be wary of diving in and adopting it. In fact, the 2018 CIO Survey conducted by Gartner indicated that only 1 percent of CIOs had adopted blockchain technology into their business operations, with only 8 percent having any plans to do so in the near future. On the other side of the coin, 77 percent said there was no interest to investigate a blockchain strategy, let alone develop one.

Furthermore, among those who had adopted blockchain or were soon to, there were indications that doing so is no simple task. 13 percent say that the IT department of their organizations had to change, 14 percent reported a need of a culture change within IT, 18 percent claimed that it was difficult to find staff with the skills to work with the blockchain, and a full 23 percent attributed blockchain to needing the newest skills to be developed out of any technology.

Many service providers have taken advantage of this by offering Blockchain-as-a-Service. This approach solves many of the problems that polled organizations had with adopting blockchain - especially the lack of potential in-house staff there are out there. Without the investment that and in-house deployment would require, businesses are able to leverage the potential applications of the blockchain through providers like Amazon, IBM, Microsoft, and others.

While there are some challenges with this approach, it has provided an attractive option for those businesses and enterprises who are unwilling or unable to invest in blockchain technology otherwise - and while there are some compliance and regulatory wrinkles to iron out with BaaS, it may be a very useful tool to help many companies embrace the blockchain.

What do you think? Is this a more feasible option for your business? Would you be okay with sacrificing blockchain’s benefit of circumventing the middle man in able to leverage the others? Let us know in the comments, and make sure you subscribe!

More posts from author
Tuesday, March 30, 2021 How Mobile Has Taken Over Almost Every Business
Saturday, March 27, 2021 IT Lessons from NASA’s Mars Rover Program
Thursday, March 25, 2021 If You Aren’t Patching Your Systems, Breaches are On You

What You Need to Know Before Starting a Cloud Migration 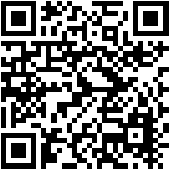