Have you ever heard of the term “bias?” It has a negative connotation to it, but it’s not necessarily a bad thing. A bias can predispose you to a skewed consideration or thought when met with what is known to be a seemingly neutral stimuli. In some cases, they can cause more harm than good, which is why it’s a good thing to take another look at how you approach certain situations. Researchers have discovered several trends about why we hold certain biases, as well as how we can overcome them.

Defining a Bias
Let’s get one thing out of the way right now: there is no justifying biases against other groups of people. Despite this, some have argued that biases originated as survival tools in ages past. A little bit of skepticism probably saved the skins of many of our ancestors!

Bias expert Maureen Berkner Boyt offers another theory about why the human brain errs toward bias. She states that the brain uses bias to keep itself from experiencing information overload. Boyt suggests that the world is filled with stimuli and a huge amount of information for our brains to process. Her theory is that biases keep our brains processing information in a quicker and easier manner. In essence, bias serves as a kind of filter.

If this filter isn’t in place, there is a chance that our brains wouldn’t be able to process all of the incoming information. Therefore, biases can be looked at as defense mechanisms that keep our brains from breaking down. Boyt’s theory also includes that biases can be associated with certain events, allowing for mental shortcuts leading to conclusions. Thus, biases in this sense aren’t necessarily a bad thing, and can be used to learn or save brain processing power for truly important scenarios.

How This Perception Creates Issues for Businesses
Biases, in this sense, can create problems for organizations in the form of prejudice, even if it’s not obvious right from the get-go. The prejudices can even be something as simple as adhering to stereotypical beliefs about any number of topics. The most notable instance of this can be seen in gender roles within organizations. Some industries are populated in favor of one gender over the other, whether the disparity is immediately apparent or not. These biases can have long lasting influences on the way that certain processes are accomplished for a business.

An orchestra generally includes mostly male musicians. While these people might not be hired based on their gender specifically, blind auditions have been shown to yield a closer male/female ratio. A study of GitHub coders shows similar results, showcasing that the typically male-dominated field often favors female coders in a blind environment.

Have Your Decisions Been Biased?
Unless someone is pointing out your biases, it can be difficult to identify that you have one. Even from the mindset that biases are shortcuts to facilitate easier decision making, this can suggest that they are simply not rational. This can be the case, but ultimately a strong bias is going to influence the holder’s thoughts and feelings. For those who would like to look at this phenomenon, there are tools out there that help you identify biased decisions. Harvard’s Project Implicit includes quizzes that you can use to identify and eliminate biases toward a number of different factors.

Once you know which biases your business is suffering from, you can take steps toward resolving them. One of the best ways that your organization can eliminate particular biases related to technology management is by reaching out to us at 204-772-8822. We’ll work with you to make sure that you can make educated decisions about your technology solutions.

Communications You Can Use to Make Doing Business Easier

Any Business Should Leverage Certain Software Solutions - Does Yours?

Technology Addiction is a Problem in Children and Adults

Why Remote Users' Connection to Your Office May Be Bad, Really Bad 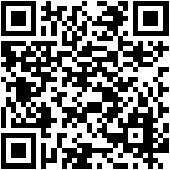 31 July 2021
Collaboration In Remote Teams Can Be Tricky
More people are consistently working remotely now than before the pandemic, and while many businesses have been able to make it work, some continue to struggle. Workers that were moved out of the brick and mortar office to their homes at the beginnin...
Read More
29 July 2021
Passwords Still Give Small Businesses Trouble, Says LastPass Report
In today’s business environment, where ransomware strikes just as often as just about any other threat out there, you need to take as many precautions as possible so that your organization does not become another victim or statistic. All it takes is ...
Read More
27 July 2021
Focus on Upskilling Your Employees
When many businesses look to add to their teams, they typically have a series of qualifications they need each applicant to meet before they grant interviews. They make their selection, do their entrance training, and then expect that the new hire wi...
Read More