There is a famous thought experiment devised by physicist Erwin Schrӧdinger, describing a very particular paradox in quantum physics through the experience of a cat. While Schrӧdinger’s cat was initially intended to demonstrate a very different phenomenon, it can also be applied to something that all businesses need to consider: their email security.

Schrӧdinger devised the thought experiment to combat the Copenhagen interpretation of quantum mechanics, which posited that, when unobserved, an object can exist in all states, and reverts to one if observed. In Schrӧdinger’s thought experiment, a cat was hypothetically shut in a box with a small enough amount of radioactive material to only have a 50/50 chance of being detected by a Geiger counter. If it was, a hammer would break open a container of poison, killing the cat. The premise was that, if the Copenhagen interpretation was correct, the cat could be assumed to be both alive and dead simultaneously until it was observed to be one or the other.

While Schrӧdinger’s cat was meant to discredit the Copenhagen interpretation, there is a modern version of this thought experiment that businesses should be concerned about. This version focuses on email, and the attachments that often come with it.

It is no secret that email is a very popular way for cybercriminals and other online mischief-makers to deliver their tools. If we treat emails the way that Schrodinger’s cat was approached, any email could feasibly contain a malicious threat, as well as no threats at all. The thing is, while determining if Schrӧdinger’s cat was alive or dead would be a relatively harmless activity (except potentially for the cat), finding out whether or not an email attachment is infected could cause quite a bit of damage to your system.

Fortunately, there are ways to protect yourself and your system against threats like email malware and phishing attempts. Antivirus and anti-malware scanners can catch many threats on their way in, and a spam blocker can help keep out many more.

Facebook Twitter LinkedIn
Tags:
Security Email Malware
Encrypt and Protect Your Data with a VPN
Disasters Come in All Sizes

More posts from author
Tuesday, October 26, 2021 There Are More People Working from Home than Ever
Thursday, October 21, 2021 You Need to Consider These Remote Policies
Saturday, September 25, 2021 3 Reasons Why You Should Ditch Tape Backup and Go With a Cloud-Based Solution

You Need to Consider These Remote Policies

Tip of the Week: Build Up Your IT Like an Enterprise

SMBs are Spending More on Cybersecurity. Is It Enough?

A Few Ways Unpatched Software Can Hamper Your Business 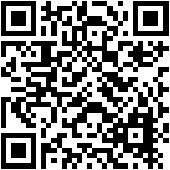