Encrypt and Protect Your Data with a VPN - HUB Blog

If you’ve ever felt as though someone was watching what you were doing while you were working remotely, either at home or in public, there’s a chance that you were right. Without a private Internet connection, it is a simple matter for others to watch your processes and steal the data you’re generating. Is there any way to protect your data as you work outside of the office?

There is, fortunately, a relatively simple means of doing so, through a virtual private network. You may have heard of virtual private networks, or VPNs, during the debate on net neutrality and the U.S. Federal Communications Commission’s verdict. Many plan to thwart the FCC’s plans to give Internet Service Providers the power to sell their users’ browsing habits to advertisers through the use of VPNs. In addition to defying the loss of net neutrality, VPNs can play a key role in your business and its security.

A VPN works by encrypting data as it is sent to and from important assets on a given network, including the Internet. The data is jumbled while in transit, so if it is intercepted, all the interceptor would see would be a jumbled mess of letters, numbers, and symbols. This renders the stolen data effectively useless to the thief, as the time it would take to manually decrypt the data makes it no longer worth it. With a VPN installed on your device, both the data you send and the data you receive is protected by military-grade encryption.

It might be helpful to picture the data you send as a letter, but instead of just sending your letter unprotected and vulnerable, you’ve locked it in a special box. This box can only be opened by another with the key, so if the box were to be intercepted in transit, the thief wouldn’t be able to open it. As a result, your letter to your friend is still safe.

It is for this reason that a VPN can help protect a business from data loss of any size. A word of warning, however: you will want to utilize a VPN that is suitable for use by an enterprise, capable of securing each device on your network. We can help set your business up with a VPN that suits your needs. To get started, call us at 204-772-8822.

More posts from author
Tuesday, October 26, 2021 There Are More People Working from Home than Ever
Thursday, October 21, 2021 You Need to Consider These Remote Policies
Saturday, September 25, 2021 3 Reasons Why You Should Ditch Tape Backup and Go With a Cloud-Based Solution

Tip of the Week: Build Up Your IT Like an Enterprise

You Need to Consider These Remote Policies 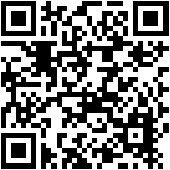