Facebook Dealing With Fallout From a Huge Data Leak

Facebook is by far the largest social media network and it does bring a lot of value to a lot of people. Whether that be for personal use or professional use, Facebook has staked a claim as the most successful technology company in the world. With this comes scrutiny, especially if you’ve operated the way Facebook has over the past few years. Let’s take a look at a situation that Facebook is dealing with in 2021.

The situation Facebook has found itself in didn’t actually start recently. In 2019, they acknowledged a data breach that exposed the Facebook ID, phone number, birth dates, email addresses, and more than half a billion Facebook users (533 million). Recently, this information, which had been for sale on the dark web since the breach, was dumped online and made available for free.

Facebook wanted to make sure that the narrative surrounding the massive data dump was positive, saying that they have since patched the vulnerability that made this happen. Some cybersecurity analysts aren’t so sure as there is evidence that it had been acquired by scraping, a hacking strategy used to lodge loose unprotected data. Either way, it has peaked the attention of many data privacy advocates and government officials.

Once Data is Leaked, It’s Leaked

The massive data breach that resulted in this recent release, may not have any tangible value, but Facebook’s market value has dropped more than $80 billion since news of the breach hit the airwaves in 2019. We also know these facts:

Once a person’s data is available online, it is out there forever. That’s why it is so important for your company to prioritize putting in place tools and strategies that will help you keep your customer's and your staff’s data safe. If Facebook wasn’t one of the largest technology companies with one of the most utilized services in the world, the billions and billions of dollars this whole snafu would have surely bankrupted them. As it stands today, Facebook is still worth a whopping 665 billion dollars.

If you would like to talk to one of our security experts about protecting the sensitive customer and worker data you have on file, contact HUB Technology Solutions today at 1-833-847-0725 or 204-772-8822.

More posts from author
Wednesday, May 12, 2021 How Can Your Small Business Improve Its Physical Security
Friday, May 07, 2021 Tip of the Week: Handy Productivity Features in Microsoft Word
Wednesday, May 05, 2021 The data security equivalent of leaving your windows open

The Internet is Very Different From Place to Place 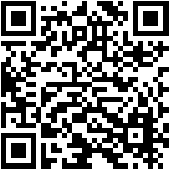