Many Businesses are Still Using Windows 7...

So many organizations continue to use a decade-old operating system, and they really, really shouldn’t.

Here’s the thing: Windows 7 is dead and gone… and yet, as of July, it still had a market share of about 23 percent, making it the second-most-popular operating system. Here, we’ll be going over just why it is—if your company is still using Windows 7—that you need to update to Windows 10 immediately (if not sooner).

What’s So Bad About Windows 7?

When it was first introduced, back in 2009, not too much. After all, for the time, it was cutting-edge.

However, over ten years and several operating system (OS) upgrades later, it just isn’t secure enough to be trusted with your data. The big problem with it now is that it has long passed its end-of-life date, meaning that Microsoft has abandoned the OS. This means that there are no longer going to be any security updates made to Windows 7.

As a result, cybercriminals presumably could take any attack developed after January 14 of 2020 and meet no resistance from a system running Windows 7. This is already a sizable list, and it is growing every day.

This obviously makes Windows 7 a massive vulnerability in and of itself.

In other words, by using Windows 7, any business is accepting an increased risk of being successfully attacked. While this notification was directed to the enterprise, it applies to a business of any size. This isn’t the movies: cybercriminals don’t exclusively attack major corporations and enterprises in real life, quite the opposite, as these businesses generally have the best defences.

Instead, many cybercriminals will attack many small businesses as opposed to one large one for a comparable payout. If a small business is using Windows 7, they’re effectively guaranteeing that an attack will be successful.

What Should Windows 7 Users and Businesses Do?

The answer to this question is simple: upgrade to Windows 10.

Not only does Windows 10 offer some considerable added benefits—while remaining largely faithful to the beloved setup present in Windows 7—it is set to be the de facto version of Windows from this point on. Rather than releasing a new operating system version every year, Microsoft’s current strategy is to just keep building up Windows 10.

HUB Technology Solutions is here to assist businesses in ensuring their IT is efficient and secure so that their solutions can be used to maximize productivity. This means that we can help you with your migration to Windows 10, as well as any of your other technology challenges and requirements.

Keep Your Business Safe with These Best Practices

Tip of the Week: 5 Warning Signs of a Phishing Attack

Harden Your Security with a 2FA Authentication App

Tip of the Week: Simple Steps to Safer Email Practices

Blockchain Is Changing the World, One Node at a Time 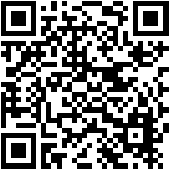