Out of Sight, Out of Mind: Technology You Never Think Of - HUB Blog

Out of Sight, Out of Mind: Technology You Never Think Of

For the modern worker, the technology your company provides is a big deal. In fact, it has been known to be a point of contention among younger workers when their organizations don’t provide them with top notch tech. So, to say that there is a focus on technology would be accurate. Regardless of what your business does, there is a good chance that if you use technology regularly that it is made possible by other technology that you’ve probably never heard about. We’ll take a look at some of this mystery tech and how it helps run the tech you have come to depend on at work and at home.

By now everyone knows that software is written in code. There are dozens of different kinds of code that are used to create workable software. Since it is such a complicated landscape, developers can take all the help they can get. To relieve some burden on system hardware there is code called “managed code” that actually runs on a virtual machine rather than on bare hardware. Users may never know the difference, but managed code software makes for a more stable and secure platform. This speed, reliability, and security isn’t lost on users, but the managed code is. Microsoft’s .NET language is a prevalent example.

Of all the great inventions of the 20th century, the transistor may just be the most important. It is just a switch that is controlled by flows of electricity, but the innovation of that has produced the society we now find ourselves living in. Transistors that are linked together create circuits, which make up the ground floor of modern computing.

The first CPU, the Intel 4004, had 2,300 transistors. Today, modern chip manufacturers create systems that support hundreds of millions of transistors. This allows modern computers to do the computational work necessary to run modern software. If it wasn’t for the transistor, however, no digital logic exists, and without that, there are no computers. Since computers run, or at least facilitate, most of human existence these days, the world would look a lot different without transistor technology.

The battery is looked on as an afterthought a lot of the time, but since the growth of mobile technology the battery has more attention than ever. The big shift was the invention of the lithium-ion battery. Since the first rechargeable batteries were made with lead, portability was going to be a problem (as it is very heavy). The lithium-ion battery, made from the lightest metal, can store more energy than any other metal, per ounce. Lighter batteries allow for smaller devices.

The biggest drawback to the lithium-ion battery has been, and currently still is, the amount of time that one can hold a charge. Innovations in battery technology have moved the needle, improving battery charge with the use of nanotechnology. Battery power is seeing somewhat of a sea change as of late with the inclusion of fuel cell technology. Whatever researchers come up with is sure to advance the capabilities of mobile tech even further than we can imagine.

If you are a regular to our newsletter and blog, you know that we periodically talk about the value that Voice over Internet Protocol can have for your company. What is often overlooked about VoIP, however, is just how it is revolutionizing telecommunications.

By using a broadband connection to provide a reliable telephone system, the cable company is quickly becoming the top residential telephone provider; and, for a business, there are plenty of great options that cover a lot of ground. By smoothing the edges between the digital solutions that are more prevalent in business, and the tried-and-true telephone experience that every business needs, VoIP has an intriguing place in both the office and the home.

High-speed Internet access is completely taken for granted. It’s hard to believe that just a few short years ago that we were using dial-up modems. All that streaming video, all those apps, VoIP calls and multiplayer online games, all of that are results of faster Internet speeds.

Advancements are still happening. Fiber to the premises (FTTP) promises direct access to very fast Internet. WiMax, short for Worldwide Interoperability for Microwave Access, is a new technology that promises to provide portable mobile broadband access across large spans of land and separate municipalities. As time goes on, and 5G wireless becomes commonplace, there is a good chance that the world will change again. This is a testament to what high-speed Internet access means for individuals and businesses, alike.

Technology surrounds us, and most of it we don’t pay any mind to. New solutions are presented all the time that makes the tech we depend on escape our mind, but without them, none of this can be possible.

More posts from author
Friday, June 03, 2022 Can Software-as-a-Service Be the Answer to Stabilizing Your IT Costs?
Saturday, March 26, 2022 Automation Can Give You Less to Worry About
Thursday, March 24, 2022 The CRM is One of the Most Important Business Tools

How Workflow Automation has Changed Business

What Happens When You Rely on Untrained Employees for IT Tasks?

Voice over Internet Protocol Takes Business Telephony to the Next Level

E-Waste is a Major Problem. What Can You Do About It?

Businesses are Constantly Searching for Value from Their IT 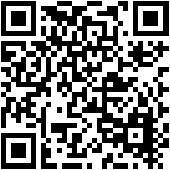 13 June 2022
Best Buy’s Geek Squad Scam is Touring Inboxes
Phishing scams are a topic we frequently discuss on this blog. In their simplest form, they are emails or messages sent that are designed to steal from you or gain access to computers or networks. One such scam uses the moniker of the popular IT supp...
Read More
13 June 2022
Tip of the Week: Use Technology to Get More from Your Employees
Managers and employees might work for the same company, but the reality is that their responsibilities and experiences are two very different things. When you promote someone new to management, or if you join their ranks for yourself, you’ll have to ...
Read More
13 June 2022
Having Solid Backup Practices Can Save Your Business
Data backup is something that all businesses need in some capacity. The reasoning for this is simple: you can never predict the future, so your business’ life is never guaranteed… unless, of course, you plan for the worst. Today we want to share with...
Read More