Using a slow computer can be very frustrating; and, since there is a laundry list of things that can cause your computer to slow down, you may have a difficult time troubleshooting the problems. Slow computers can be filled with viruses or malware, they can have too many applications running in the background, or they could just be getting old. If your computer is relatively new and in healthy condition, but is starting to slow, one upgrade can make a big difference.

Update the HDD to an SSD

The hard drive of the computer is used to store data. Most of the computers built today come with what is called a hard disk drive (HDD). That is the type of hard drive that has been found in computers since the launch of the PC in the 1980s. These drives tend to do fine at first, but over time they can degrade as they are written to (and written over) several hundred times. Today, there is a powerful alternative option, the solid-state drive (SSD).

The HDD works by storing data on very thin magnetic platters. These platters are stacked on top of each other and spin at a rate of ~7,200 revolutions per minute. A magnetic head reads and writes data from the spinning disk, much the way a record player plays a vinyl record.
Since there are so many moving parts, it takes a bit for the drives to spin up, for the head to find the data, and then read the data for transmission. This happens very quickly, but as time goes on, it takes longer and longer.

Alternatively, solid-state drives have no moving parts. They store data electronically, and as a result, they work efficiently at reading and writing data. They are also more energy-efficient, faster, and if used in the same way as an HDD, they tend to last longer.

So Why Don’t Manufacturers Build Systems with SSD?

The price difference between HDD and SSD is noticeable, but the gap is shrinking. Only a short time ago, if you were looking to build a dozen computers for your office, you would have to choose HDD because the price difference would have been significant. The difference today, however, is negligible. Moreover, the performance increase that SSD brings will speed up computing, making things more efficient. One problem with SSD is that if you need high capacity hard drives, SSD drives with multiple terabytes on them are still much more expensive than comparable HDDs, but that only starts to affect users who need to store a massive amount of data on their PC, like video editors and gamers.

How Much of a Difference Can SSDs Make?

The results you will see will vary based on the device’s hardware profile and the software that is being run on it, but we can provide an existential example:

A PC that was bought four years ago with a traditional HDD took about 48 seconds to get to the login screen when booting up. It then took an additional 80 seconds before the user could get to their email.

Our technicians migrated all of the data to a new SSD, and the boot time (to the login screen) went down to 12 seconds. After logging in, it took about 20 seconds to get into email.

If you are looking to improve your business' efficiency, upgrading the technology that your staff uses to get things done is a good investment. Call us today at 204-772-8822 or 1-833-847-0725 to learn more about how solid-state drives can help your business get ahead.

More posts from author
Tuesday, June 15, 2021 The Solid Value of Managed IT Services
Monday, June 14, 2021 New Patent Suggests Microsoft is Working on Wellness Technology for Its Apps
Friday, June 11, 2021 Tip of the Week: How to Identify and Address Workplace Distractions

Remote Monitoring and Maintenance Keeps Your Business In Business

Have You Implemented Email Encryption?

How Much Should You Be Spending on IT? 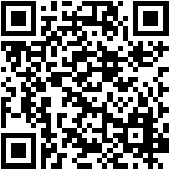 16 June 2021
A Few Ways Unpatched Software Can Hamper Your Business
Anyone who uses a computer regularly knows that software can be finicky. Developers continuously update their software to account for changes in security threats and to add new features. For the small business, integrating and developing software can...
Read More
15 June 2021
The Solid Value of Managed IT Services
We’re always trying to get our message out, sharing how our services can bring value to just about any kind of business, seeing as just about every organization today relies on technology to some degree. This month, we thought we’d tell you a little ...
Read More
14 June 2021
New Patent Suggests Microsoft is Working on Wellness Technology for Its Apps
The workplace can be a stressful place. Studies have been done on this increase, as well as what can be done to mitigate the damage. To combat this increase, Microsoft has filed a patent that suggests new ways to resolve workplace stress might be in ...
Read More