A History of Android’s Many Versions

Android has been around in one of its many forms for over a decade and looking back, the changes that have been made over time are remarkable. Let’s go through each version to review some of the adjustments and improvements that each new version has introduced.

How to Properly Manage Mobile Devices Connected to Your Business

As remote work has become more common, so have tools that assist mobility and Bring Your Own Device strategies. Considering this, businesses need the means to keep control of their data and the technology that can access it. To do so, Mobile Device Management cannot be oversold as a benefit.

Point-Of-Sale Systems Do More Than You Think

We’ve come a long way since 1879 and the invention of the cash register. Today, point-of-sale (POS) solutions offer massive benefits to businesses who take advantage of their capabilities. Let’s go over how these capabilities can help the modern business and its owner.

Tip of the Week: Old Mobile Devices Still Have Value

Troy McLennan
Tip of the Week HUB IT Blog

Most smartphone users like to get a new phone every year or two. This isn’t just because the hardware or software on newer devices are better, but because after two years, many people have dropped their devices a half dozen times and there are cracks and dings in the device. After two years most device’s batteries start to degrade. Some newer software isn’t compatible or won’t run on older devices. Whatever your reason is for getting a new smartphone, you should know that your old smartphone still has some value. For this week’s tip, we’ll outline some ways you can use your old mobile device:

How a Mobile Device Policy Can Benefit Your Business

With mobile devices being as popular as they are, so ingrained into modern culture, the fact of the matter is that your employees are going to have them in the workplace. They may even want to use them in a work capacity. This can provide a few benefits to a business, as long as it is managed properly. A carefully-crafted mobile device policy can help accomplish this. 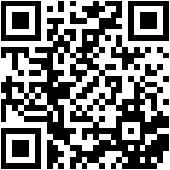 27 October 2020
Document Management Can Significantly Reduce Printing Costs
For the average business printing costs are often looked on as a necessary evil. The truth is that they really don’t have to be as bad as you think. There is technology available today that can revolutionize the way that you manage your company’s fil...
Read More
24 October 2020
Keep Your Business Safe with These Best Practices
Security has to be a priority for your business. Oftentimes there is a disconnect between those aims and the practices used by businesses. This gap in vigilance can be just the place that hackers and other scammers look to as they attempt to steal wh...
Read More
22 October 2020
Data Loss Is a Potentially Devastating Scenario
Business owners are now concerned about how they are spending capital on solutions to help them to avoid procedural interruptions. One issue that all businesses should be aware of—and work to mitigate—is the loss of data that can cause these interrup...
Read More