Taking a Closer Look at Nanotechnology

Over time, we’ve seen technology be developed into smaller and smaller sizes. One of the most notable examples of this is the computer. Computers used to be so large that they would take up the whole room, but nowadays, thanks to the developments in technology manufacturing, they take up a fraction of the space that they did not so long ago. What’s even more amazing is that this development has simultaneously increased performance while making technology take up a considerably smaller amount of space.

What is Nanotechnology?
The actual meaning of nanotechnology can be seen by analyzing the specific parts of the word. The prefix nano means “one billionth,” which is derived from the Latin nanus, or “dwarf.” Technology isn’t a unit of measure, but nano in this context means that the technology will be measured in terms of nanometers. For reference, a strand of DNA is about two nanometers in diameter. Nanotechnology is typically used to describe technology that is somewhere between one and one-hundred nanometers.

Nanotechnology, due to its size, operates on a different set of physics than the majority of the world does. As a result, major changes can happen without it being realized.

Why This Technology Isn’t More Popular
Despite the many potential uses of nanotechnology, there are major challenges that the “technology” faces. According to Dr. George Tulevski, a researcher at IBM’s TJ Watson Research Laboratory, nanotechnology development has slowed considerably since the major advancements made in the 1980s.

Tulevski believes that progress can be resumed through the use of carbon nanotubes. According to the researcher, these nanoscopic tubes made of carbon can magnify a computer’s performance tenfold. However, a computer chip will need billions of these, which makes for a complicated setup.

The Solution
Chemistry provides a solution to this dilemma by providing a way to arrange circuits in a better way in the final product. Nanotechnology can be used to provide a myriad of technological and practical benefits, including medicine delivery, fuel production, more efficient electronics, and cleaner natural resources. If leveraged properly, nanotechnology can change the world.

How can nanotechnology help some of the systems that you utilize every day? Let us know in the comments.

Facebook Twitter LinkedIn
Tags:
Technology Computers Nanotechnology
What Android Oreo Includes
Tip of the Week: Which Headphones are Right for Yo...

What Is the Real Value of IT for Small Business?

How Word Got Around in a Galaxy Far, Far Away 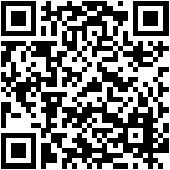 29 October 2020
Gadgets Every Remote Worker Can Use
Lots of things have been scaled back in 2020, but one thing that hasn’t is the presence of the remote worker. Outside of the normal amount of people that work from home, the COVID-19 pandemic has created opportunities for people who typically didn’t ...
Read More
29 October 2020
Improving Organizational Cybersecurity
The nature of many of today’s businesses is building one product over and over and over. When you have that level of repetitiveness, it helps people find their niche, yes, but it can also result in the attention given to the task to suffer. While a d...
Read More
29 October 2020
How Your Small Business Can Use the Internet of Things
One of the biggest questions that were routinely asked to IT administrators before the COVID-19 pandemic shifted everything was, “How can we use the Internet of Things to Improve Your Business?” The answer isn’t as simple as you might think. Today, w...
Read More