As one of the most important emerging technologies out there at the moment, speculation about blockchain, and its growing list of practical applications, has run rampant. Soon, someone will come out with a blockchain application that makes and delivers pizzas. In all seriousness, it really holds a lot of promise for the development of interesting applications. For this week’s tech term, we look at the blockchain.

What is the Blockchain?
In the public eye, blockchain has almost exclusively been associated with Bitcoin and other cryptocurrencies. It’s true that blockchain technology is at the core of cryptocurrency, but it is much more. It is essentially a combination of three technologies that have been around for a while. They are:

Since these technologies have been around for some time, pairing them together to make another, more dynamic technology seems like it would be advantageous for maintaining a ledger system that has a secure digital identity reference. Essentially, that’s what blockchain produces.

What to Expect Out of Blockchain?
As was mentioned earlier, there are a lot of potential uses for blockchain technology. These applications will be dictated by the technology’s core features. Obviously, cryptocurrency utilizes blockchain to provide a secure transfer of monetary funds for users. As this technology advances and begins to be leveraged by multinational banking institutions (that are currently investing heavily in blockchain R&D), and nation-states, it may change the way that people around the globe view currency.

While it may not be the easiest technology to understand, the applications of it are numerous and could change the world we live in innumerable ways. What do you think of blockchain? Are you looking forward to seeing how it will affect the world around you? Leave your thoughts in the comments below. 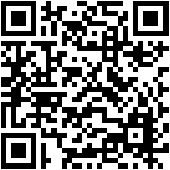