Where Are We with Blockchain? - HUB Blog

Where Are We with Blockchain?

The blockchain continues to largely be defined as the technology behind cryptocurrency. However, it’s certainly not the only practical way to use the blockchain. Blockchain has only become more well-known over the years, but as far as what the future holds, what can the business sector expect?

Defining Blockchain Technology
In its simplest terms, a blockchain is a peer-to-peer network that includes a continuously updating collection of records. The blockchain is made up of nodes and these nodes are encrypted and connected. What this creates is a system that makes records very difficult to change, as changing one record means creating a node to accommodate the new edit. The network majority must then confirm such an edit is fine, making it a truly democratic method of managing records found on the blockchain. These nodes, or “blocks”, also hold information about the record, including when it was created or edited.

How It’s Used
Blockchain is typically used for cryptocurrency due to the fact that it’s encrypted and not easy to change, but it can be used for various other purposes that lend themselves to these specific parameters. Public blockchains can be used similarly to Bitcoin’s distributed ledger, but a private blockchain can be used for private business applications.

How It Will Be Used in the Future
One particularly interesting way that blockchain could be used in the future is through sharing medical records between service providers. Thanks to its distributed nature, all of the doctors on any designated patient’s medical plan would have access to the same unaltered data, allowing them to provide the best possible care for that patient based on their specific medical history. This cuts down on time offices might spend on waiting for records and documents from other offices. Other ways that businesses might incorporate blockchain is through the use of a transparent ledger for public viewing, providing plenty of ways for users to track payments for services rendered.

HUB can help your business stay up to date on all the latest and greatest technology solutions on the market. To learn more, reach out to us at 204-772-8822.

More posts from author
Thursday, April 29, 2021 Data Redundancy and Why It’s Critical
Tuesday, April 27, 2021 Defining Penetration Testing and How It Can Help Your Business
Thursday, April 22, 2021 This Is How to Avoid Phishing Scams

Looking at the Future Impact of Blockchain

Let’s Take a Look at Bitcoin

Blockchain Is Changing the World, One Node at a Time

Is Blockchain Still a Big Deal? (It Sure Is)

The Difference of Enterprise VPN 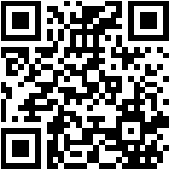