Windows 10’s Over 70% Market Share is Still Too Low

Windows 10 has seen slow growth in its market share since it first appeared in July 2015, still rising throughout 2020 to now. As of this October, the operating system had finally reached a 72.2 percent market share. Let’s discuss why this benchmark matters, and why you need to update any devices in your organization to bring that share up even more.

As reported by Net Applications, Windows 10 is now installed in over 70 percent of all Windows-based desktop and laptop computers, with the Windows environment powering 88 percent of these devices in general. This massive market share isn’t surprising, given that most businesses prefer to work in Windows.

As this year has passed, Windows 10 specifically has seen an increase of 20 percent, accumulating an additional 10.7 to its total market share. At the same time, Windows 7 is now on 20.4 percent of computers and 23 percent of all Windows-based devices. While this accounts for a loss of about 31 percent of its total market share, these values remain too high, considering that Windows 7 reached its end of support back in January.

Why This Trend Needs to Continue

Here’s the situation: Microsoft has come out and said that—at least for the time being—Windows 10 is the de facto Windows operating system, and all further updates are going to be improvements to Windows 10 and its security. Meanwhile, Windows 7 and other aging operating systems will only become more vulnerable to attacks as time passes and new threats are developed.

This is precisely what makes it so important to upgrade your technology to Windows 10.

To pick on Windows 7 a little bit more, the operating system is now patently unsafe, which means that using it—especially in a business setting—is akin to high-stakes, low-payout gambling. In this way, the 23 percent share of Windows devices still using Windows 7 is about 24 percent too high.

Any amount of migration from Windows 7 to Windows 10 will ultimately be a benefit to cybersecurity in general, as it only takes a single insecure access point for a threat to overtake an entire system.

If you still have workstations that need to be upgraded to Windows 10, there’s little-to-no time left to waste. Reach out to us today at 204-772-8822 or 1-833-847-0725 to determine your best course of action concerning your information technology.

More posts from author
Wednesday, April 14, 2021 Tip of the Week: Microsoft Word Features You May Not Have Known About
Monday, April 12, 2021 Looking at the Future Impact of Blockchain
Wednesday, April 07, 2021 Strong Backup Practices is as Easy as Counting to Three

If You Aren’t Patching Your Systems, Breaches are On You

Choosing the Right Software Is Essential for Today’s Businesses

Tip of the Week: Deciphering Your Computer’s Power Options

How to Determine Which Productivity Suite to Use 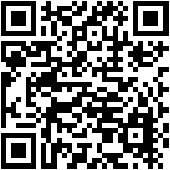